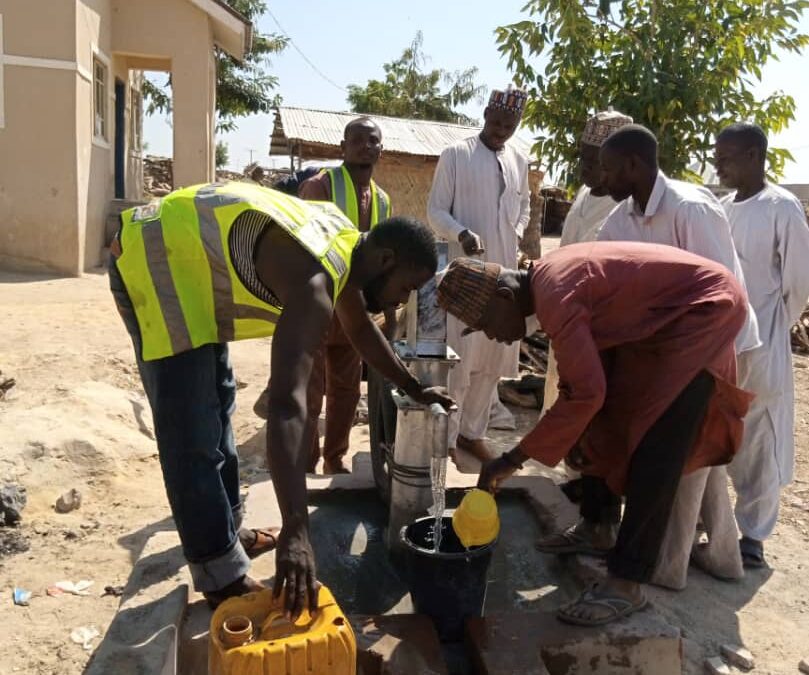 Did you know that half of the world’s hospital beds are filled with people suffering from a water-related disease? In developing countries, about 80% of illnesses are linked to poor water and sanitation conditions. 1 out of every 5 deaths under the age of 5 worldwide is due to a water-related disease. Clean and safe water is essential to healthy living. Dirty water kills thousands of more children living in war zones than bombs or bullets, with children under 15 roughly three times more likely to die due to diarrheal diseases than direct violence.

According to a damning Unicef report, a total of 86,00 children died from diarrheal-related illnesses in 16 countries facing protracted conflict, compared to nearly 31,000 who died from violence. Sadly it is the youngest children who are most vulnerable to crumbling sanitation infrastructure and water scarcity. Diarrheal diseases killed 72,000 children under five in war zones between 2014 and 2016 – a figure 20 times higher than the 3,400 deaths from violence.

“Humans can run away and take shelter from bullets and bombs,” Omar El Hattab, Unicef regional chief of water, sanitation, and hygiene in the Middle East and North Africa, told The Telegraph. “But when we are deprived of water, we end up withering away or drinking sewage, we will drink any kind of water.

“Access to clean water is a matter of life and death.”

In the last ten years, more humans died from diarrhea than in all armed conflicts since World War II.

352 m humans in Africa (88 % of the cases worldwide) come down with malaria every year.

312 m humans in Africa come down with schistosomiasis, of which 119 m are children under the age of 15.

208 m humans in Africa (52 % of the cases worldwide) come down with trachoma every year, of which 6 m are already blind.

78 % of the cases of schistosomiasis worldwide appear in Africa.

Polluted drinking water is one of the main reasons for the early death of children. Wherever clean water and sanitary facilities are missing, pathogens and parasites spread particularly fast. That leads to the transmission of numerous diseases. Many of these diseases lead to death in connection with malnutrition and other diseases.

No comments to show.
We use cookies on our website to give you the most relevant experience by remembering your preferences and repeat visits. By clicking “Accept All”, you consent to the use of ALL the cookies. However, you may visit "Cookie Settings" to provide a controlled consent.
Cookie SettingsAccept All
Manage consent

This website uses cookies to improve your experience while you navigate through the website. Out of these, the cookies that are categorized as necessary are stored on your browser as they are essential for the working of basic functionalities of the website. We also use third-party cookies that help us analyze and understand how you use this website. These cookies will be stored in your browser only with your consent. You also have the option to opt-out of these cookies. But opting out of some of these cookies may affect your browsing experience.
Necessary Always Enabled
Necessary cookies are absolutely essential for the website to function properly. These cookies ensure basic functionalities and security features of the website, anonymously.
Functional
Functional cookies help to perform certain functionalities like sharing the content of the website on social media platforms, collect feedbacks, and other third-party features.
Performance
Performance cookies are used to understand and analyze the key performance indexes of the website which helps in delivering a better user experience for the visitors.
Analytics
Analytical cookies are used to understand how visitors interact with the website. These cookies help provide information on metrics the number of visitors, bounce rate, traffic source, etc.
Advertisement
Advertisement cookies are used to provide visitors with relevant ads and marketing campaigns. These cookies track visitors across websites and collect information to provide customized ads.
Others
Other uncategorized cookies are those that are being analyzed and have not been classified into a category as yet.
SAVE & ACCEPT